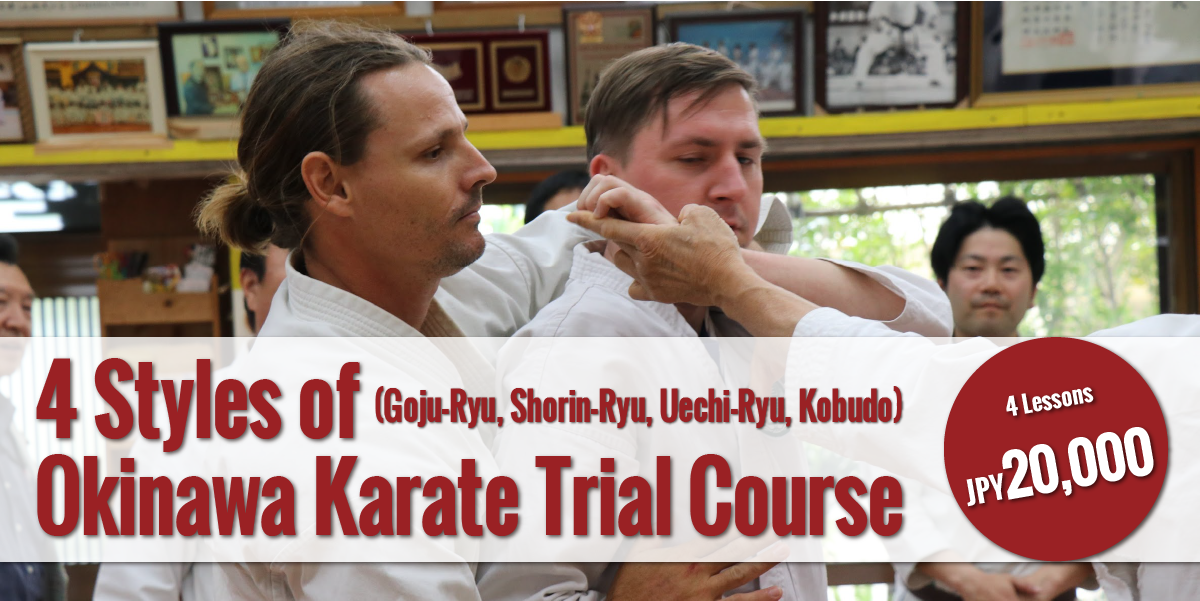 This is a program which allows you to practice the 4 major styles of Okinawan Karate: Shorin-ryu, Goju-ryu, Uechi-ryu, and Ryukyu Kobudo. We will create the best schedule in accordance to your plans or requests.

Shorin (小林) -Ryu is one of the major modern Okinawa styles of karate and one of the oldest styles. It was named Shorin-ryu in 1933 by Choshin Chibana, a top student of the great master of Shuri-te, Anko Itosu. The system itself however is much older. The 2 characters in Shorin (小林), meaning “small” and “forest”respectively, are also used in the Chinese and Japanese words for Shaolin Kung Fu. Shorin-Ryu adjusts elements of the traditional fighting styles of Shuri-Te. Shorin ryu karate combines swift, fast techniques based on the strategy of evasion and at the same time attacking to sensitive points of the body with hits. 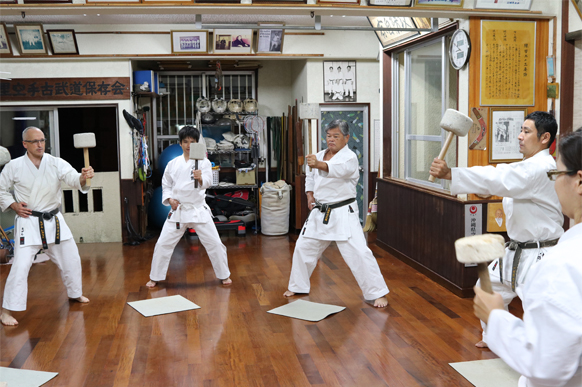 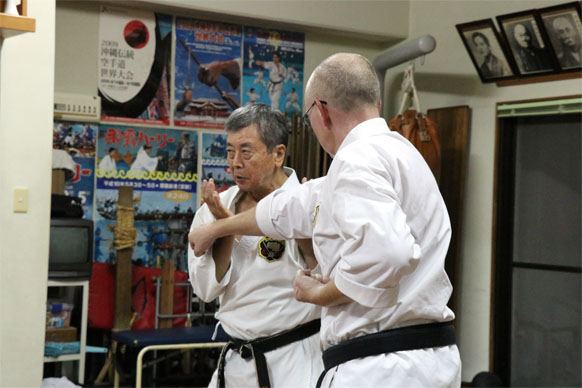 Goju-ryu (剛柔流) is one of the main traditional styles of Okinawan Karate, featuring a combination of hard and soft techniques. Kanryo Higaonna was known as the highest authority of Naha Te. He and his successor Chojun Miyagi made several basics. ‘Go’ meaning hard, refers to closed hand techniques or straight linear attacks. ‘Ju’ meaning soft, refers to open hand techniques and circular movements. Goju-ryu incorporates both circular and linear movements into its basic method, combining hard striking attacks such as kicks and close hand punches with softer open hand circular techniques for attacking, blocking, and controlling the opponent, including locks, grappling, takedowns, and throws. Breathing method is also very important. 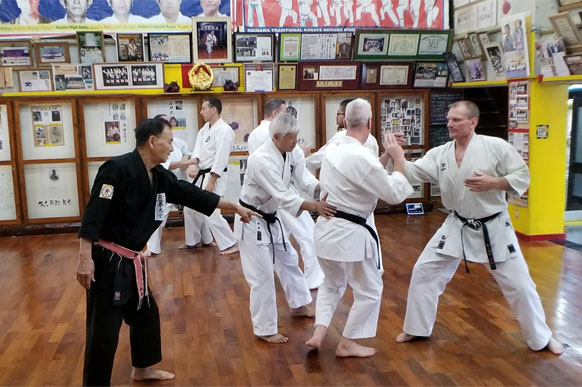 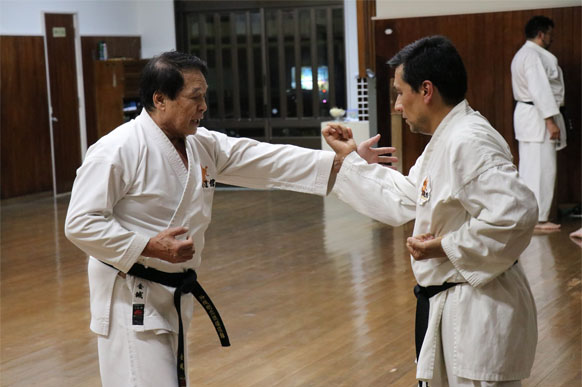 Uechi-ryu (上地流) is a traditional style of Okinawan karate. Uechi-ryu means “Style of Uechi”. Originally called Pangai-noon, which translates to English as “half-hard, half-soft”, the style was renamed Uechi-ryu after the founder of the style, Kanbun Uechi. Uechi-ryu’s connection with Chinese Shorin-ken means the former shares a similar foundation with Naha-Te despite their separate development. Therefore Uechi-ryu is also heavily influenced by the kung fu from the Fujian province. Uechi-ryu training styles are focused only on Sanchin training and body conditioning. 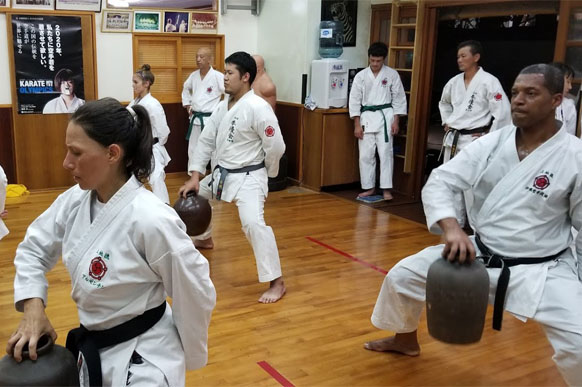 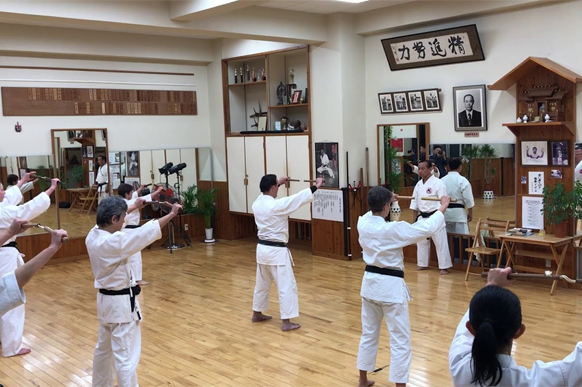 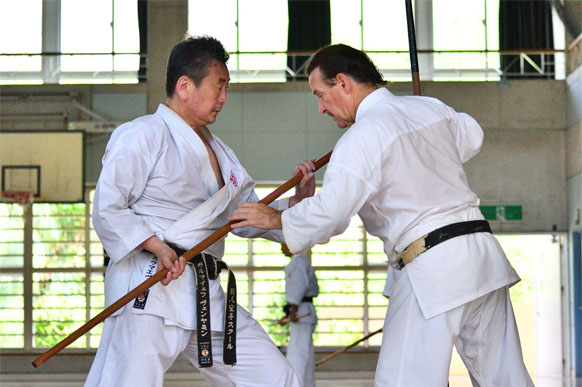 The CEO of our company was a Karate champion in Japan. He has been learning Karate for more than 33 years who has also taught karate in many countries such as, Japan, Australia, India, Sri Lanka, China and Nepal. Based on his Karate knowledge and teaching experience worldwide, we have a clear, strict criteria when selecting Okinawan Karate masters for our programs. 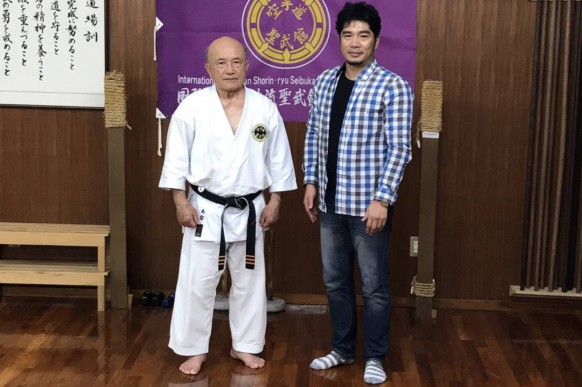 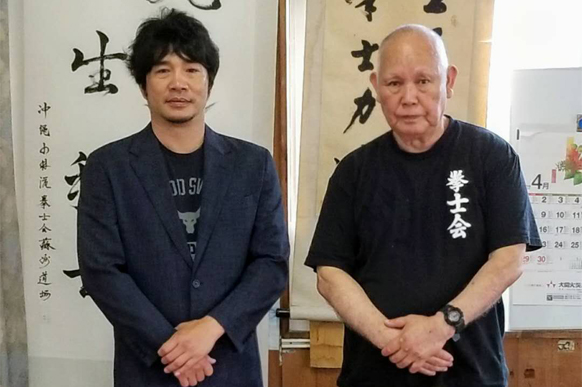 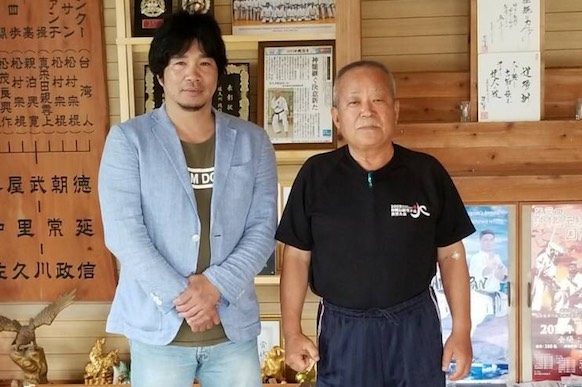 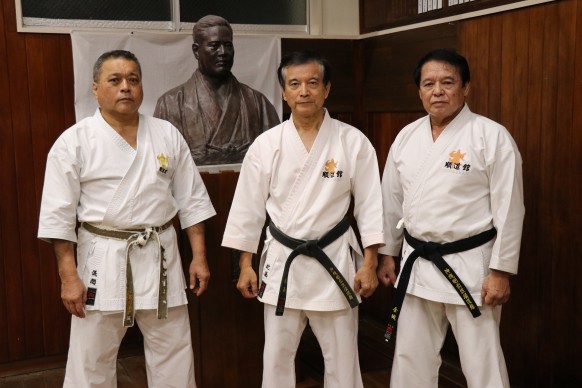 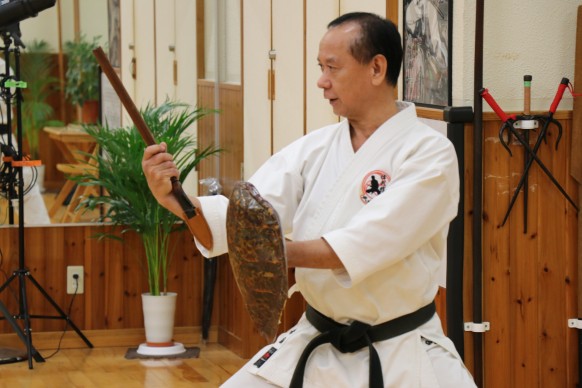 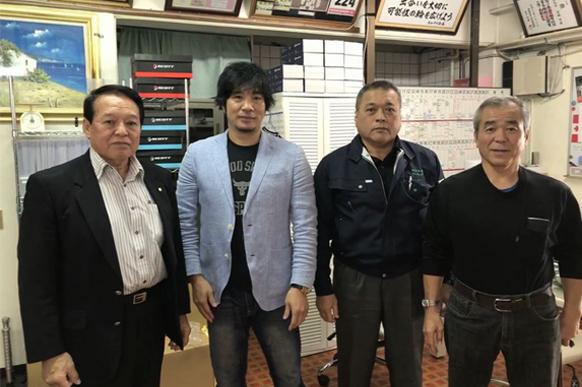 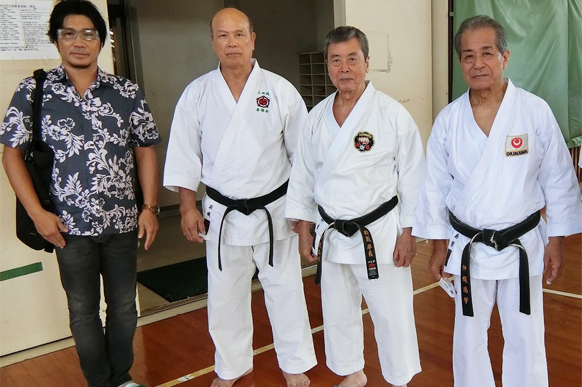 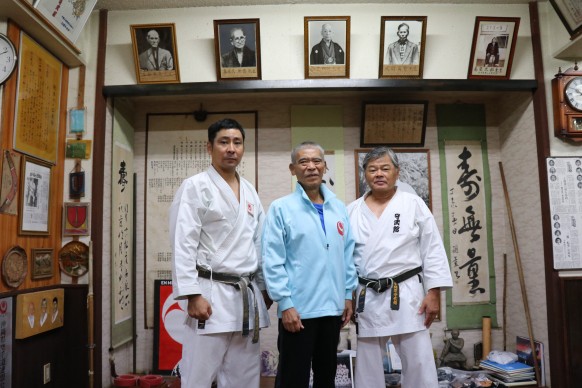 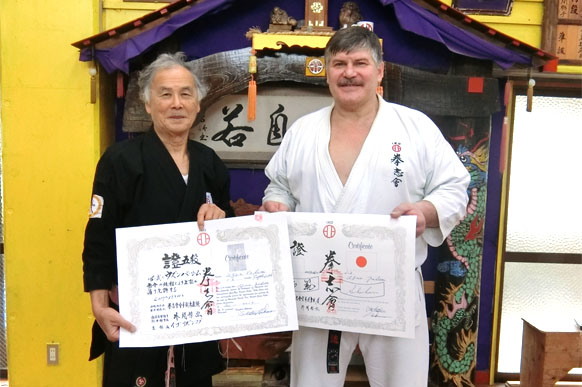 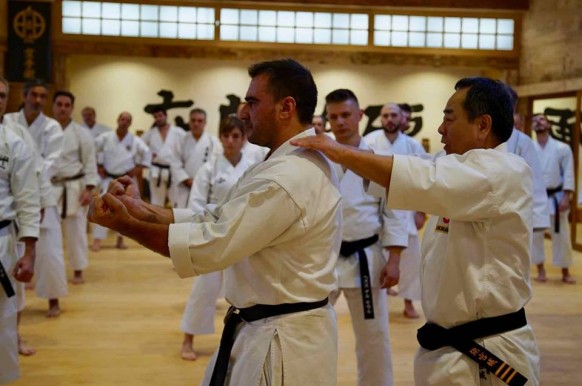 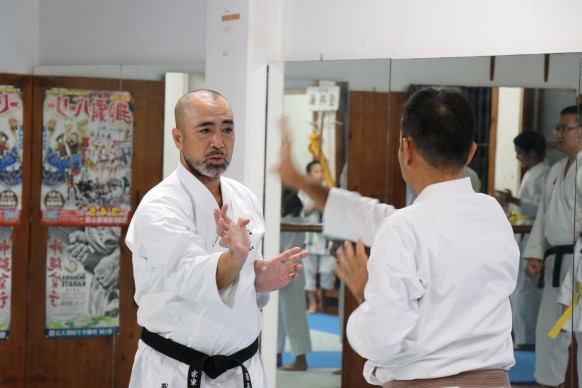 ・You need to respect Okinawan Karate Grand master.
・You have to bow when entering and leaving the dojo.
・Do not bother other students.
・Please bring your own Karate uniform, towel, and drink(s).
・Make sure you arrive at least 20 minutes prior to the start of lesson.
・Be sure to turn off your mobile phone during the lesson.
・You are not allowed to take pictures nor record without the permission of the sensei.

If you want to cancel your reservation, there will be a cancellation fee based on the following cancel policy.

If you have any questions about service of Ageshio Japan, please feel free to ask us by using this contact form.